The 7th Greenmotions Film Festival – It was nice!

For the seventh time, the Greenmotions Film Festival in Freiburg invited to inspiring films, live discussions, video interviews with filmmakers, an exciting workshop and a delicious food-saving buffet. The municipal cinema at the Alter Wiehrebahnhof was the venue and accommodated 522 visitors over four days.

We would like to thank all helpers, cooperation partners, sponsors and everyone who contributes every year to make this wonderful festival possible!

We are very happy that we were able to hold the festival again after a one-year break due to the Corona pandemic. Because of the special situation, the bike disco and bike cinema were unfortunately canceled. 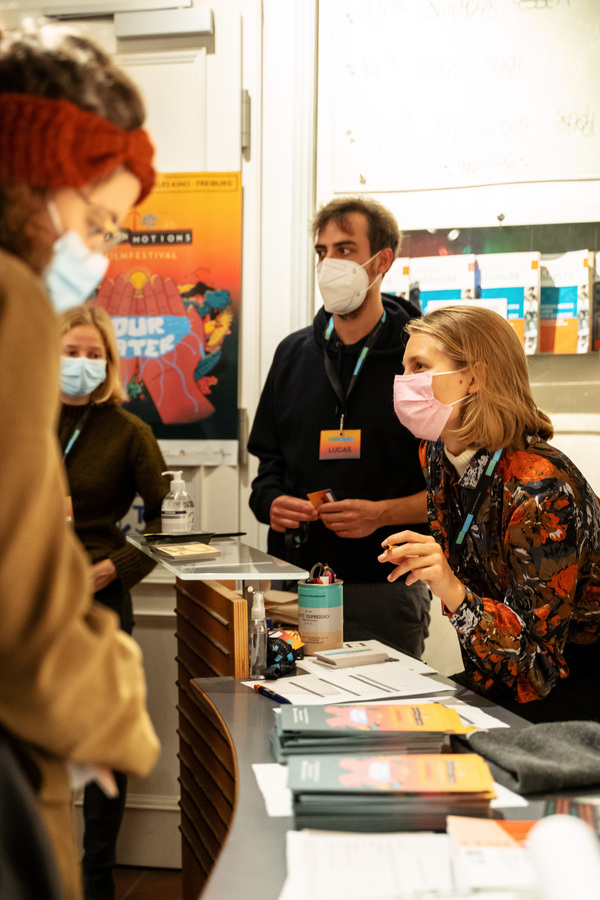 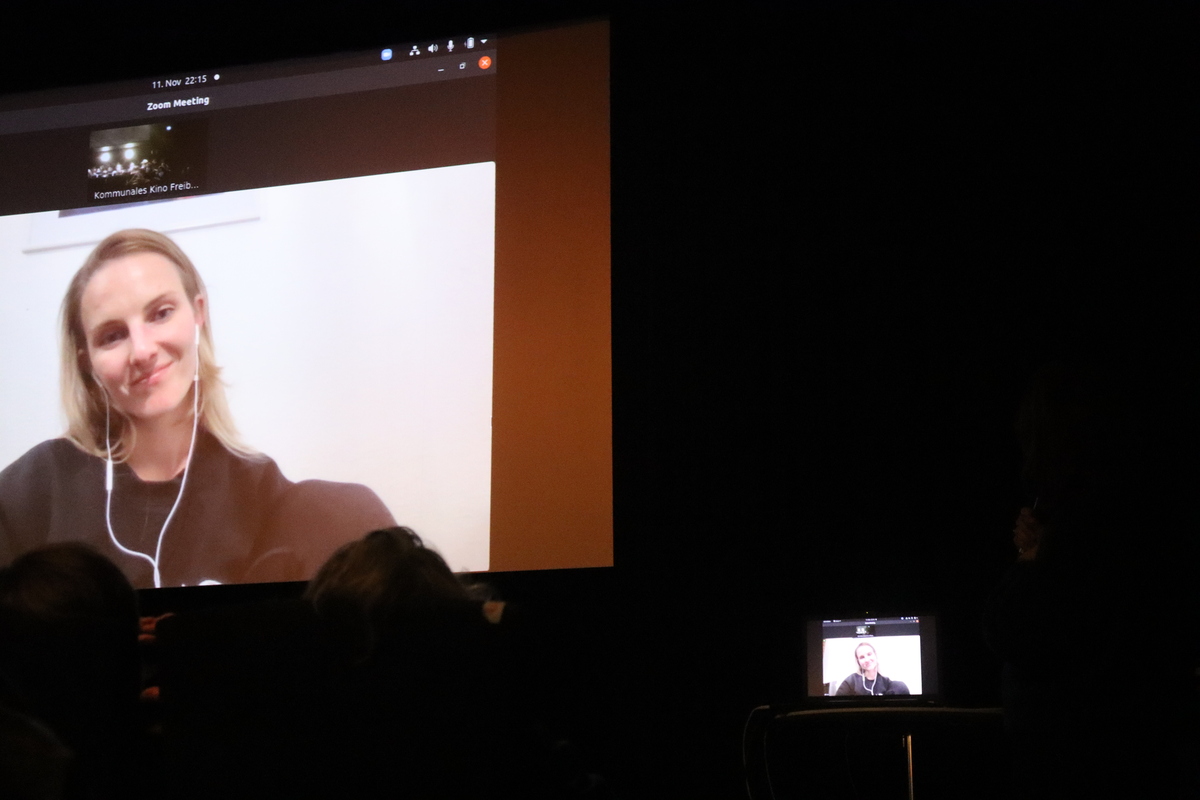 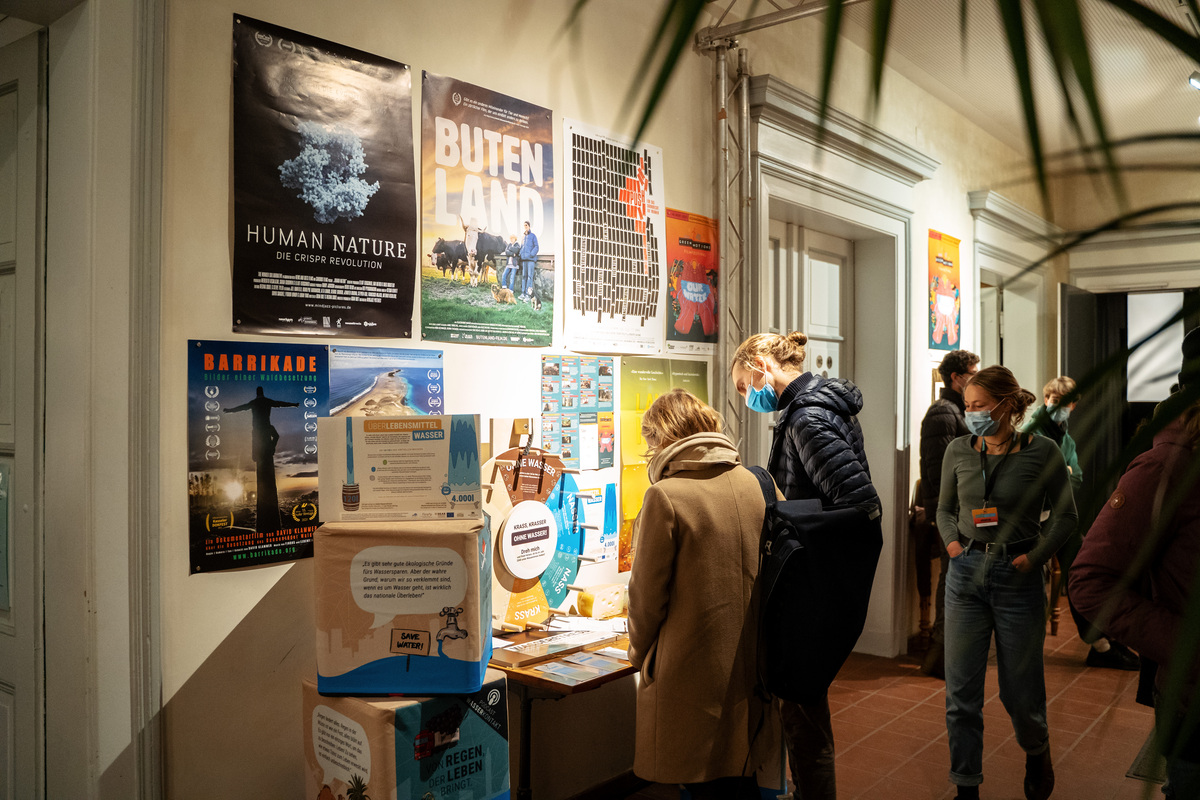 With the 7th Greenmotions Film Festival we placed special emphasis on the resource “Our Water”. The opening night in the municipal cinema on Thursday, November 11th, was dedicated to our special topic. The documentary “Coral Woman” by Priya Thuvassery opened the festival. This was followed by the documentary “Waterproof” by Daniela König, which tells the empowerment story and friendship of the first female plumbers in Jordan. After the screenings, the filmmakers were present via Zoom for fruitful discussions.

On Friday we started with a short film series, which was also dedicated to the special topic “Our Water”. “Plastic River” by Manuel Camia, “Kokoly” by Garth Cripps and Paul Antion and “Until the last drop” by Tim Webster highlighted various aspects of this precious resource. On Saturday we showed our last film dealing with the special topic: “One Word” by Mark and Viviana Uriona. A participatory documentary about the consequences of climate change, which was developed and implemented in film workshops with the involvement of the population of the Marshall Islands.

Another highlight: The Finep initiative supported the film competition and provided us with a “water wheel” that shed light on the topic of water consumption. Thank you for your kind support!

All other feature films that didn’t belong to the “Our Water” category were able to take part in our “Audience Favourite” competition. The first two documentaries in this category followed on Friday evening. First, “The Forum” by Marcus Vetter, a film that offered insights into the World Economic Forum (WEF) in Davos. The evening ended with the film “Barricade” by David Klammer – our best-attended film. In the after-movie discussion the audience put many questions to the committed filmmaker and journalist Klammer, who was connected via Zoom.

The Saturday began with the workshop “Ready for change” by the association Eine Welt Forum Freiburg. The workshop dealt with the topic “Psychological Resources for Sustainable Lifestyles” and with the question of what it needs to embark on a change towards more sustainability and solidarity. 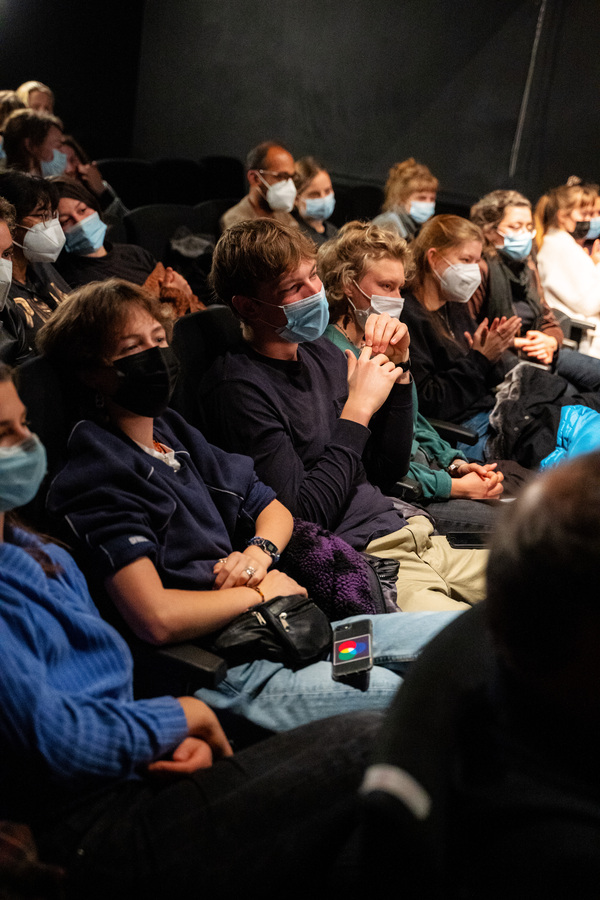 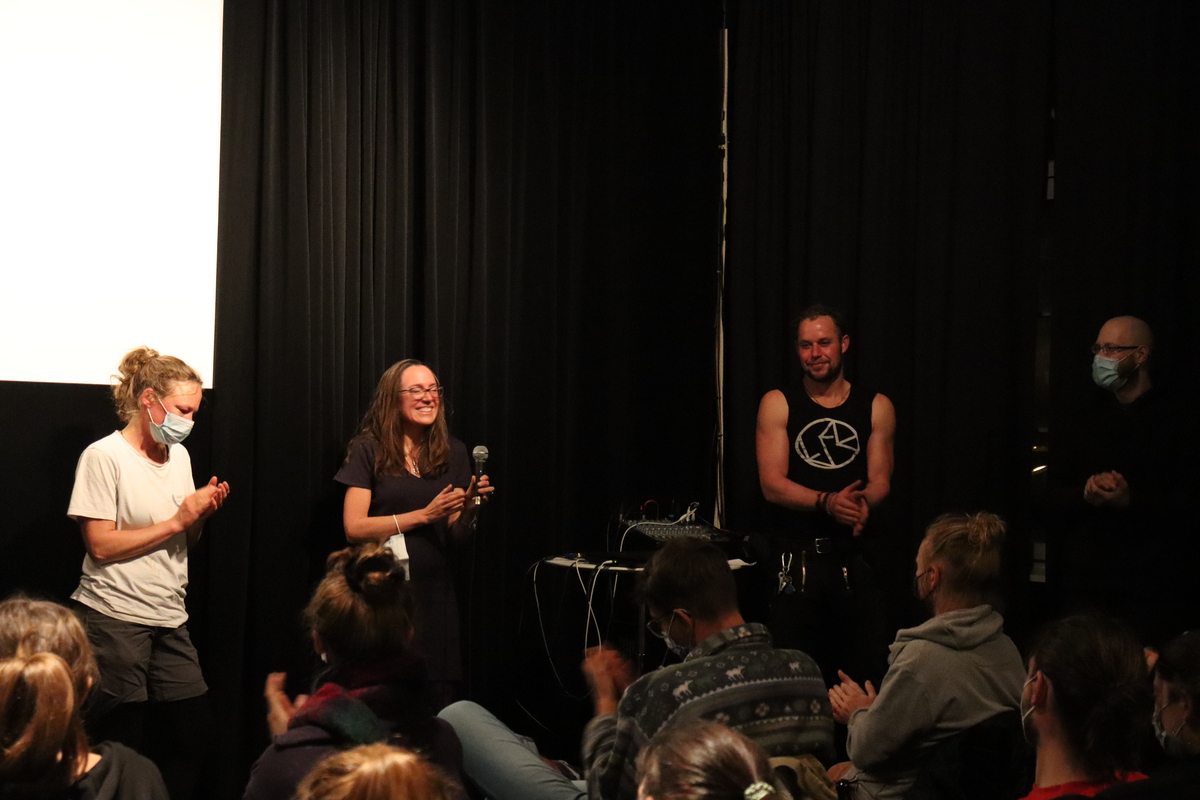 We then showed different films that approached the topic of sustainability from completely different perspectives. Our winner of the audience award “Butenland” deserves special mention here, a documentary that makes a new coexistence of humans and animals conceivable. With “CRISPR” we showed a film about one of the greatest scientific breakthroughs of the 21st century.

A special moment of the festival days: the short movie “What life should be about” by the Freiburg filmmaker Sarah Moll, which celebrated its world premiere with us. This film dealt with the job profile of bicycle couriers in various European cities. The filmmaker and some of the protagonists were there, an exciting discussion with the audience could develop.

The last film of the evening was “PUSH: For the Basic Right to Housing”, which shed light on the problem of affordable housing in cities. The Gundelfingen housing project “Allmende” was invited. Three representatives of the project were able to set up a small information stand and take part in the film discussion that followed the screening. 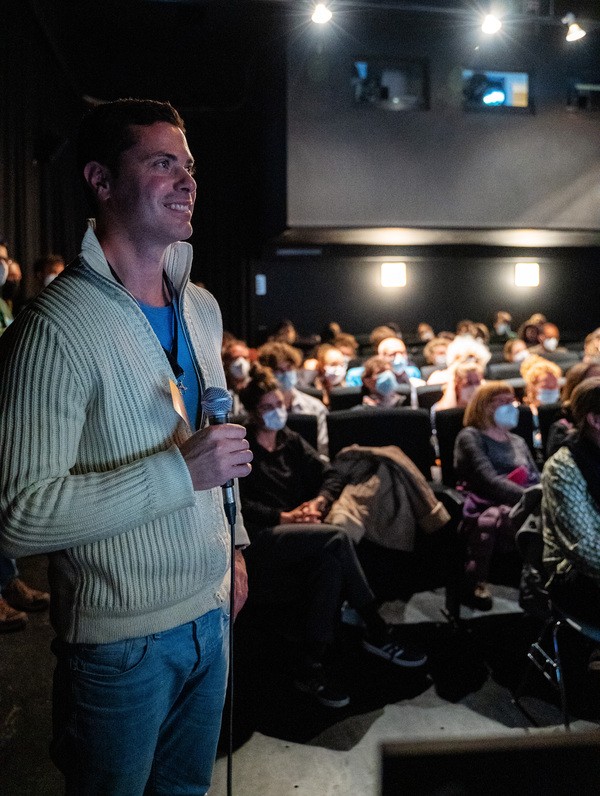 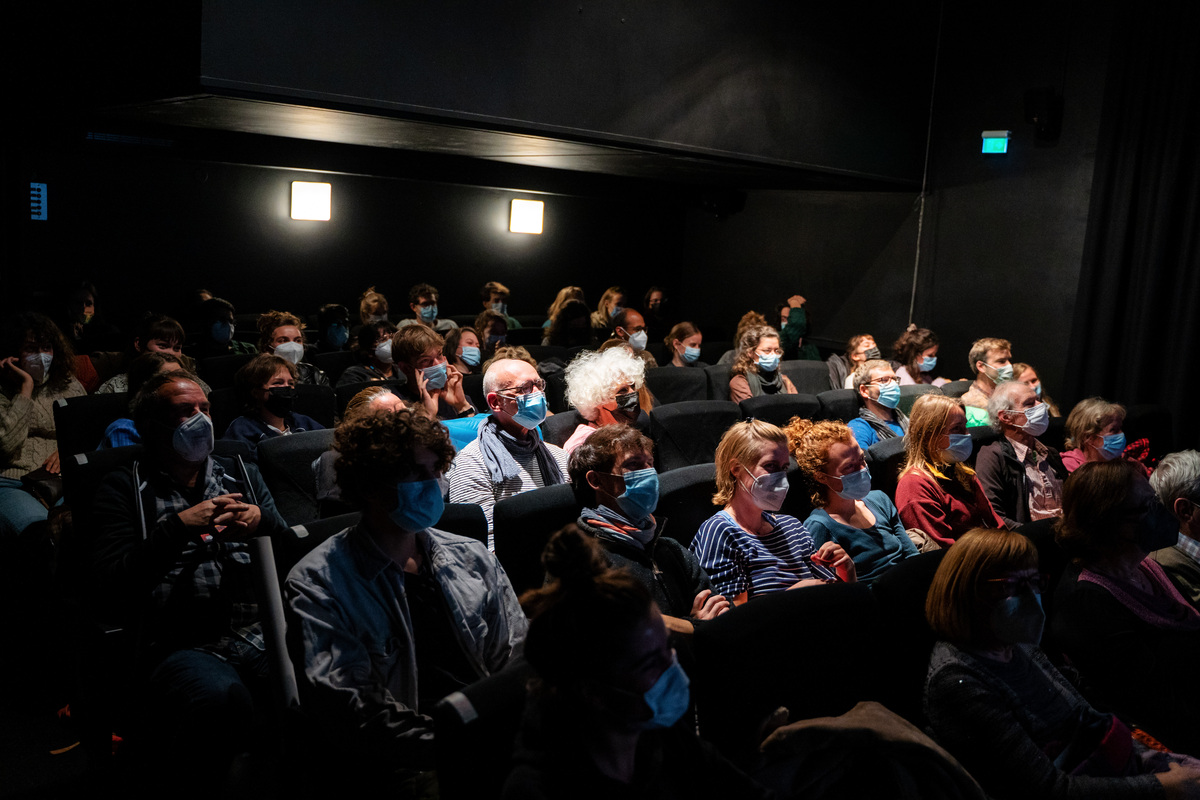 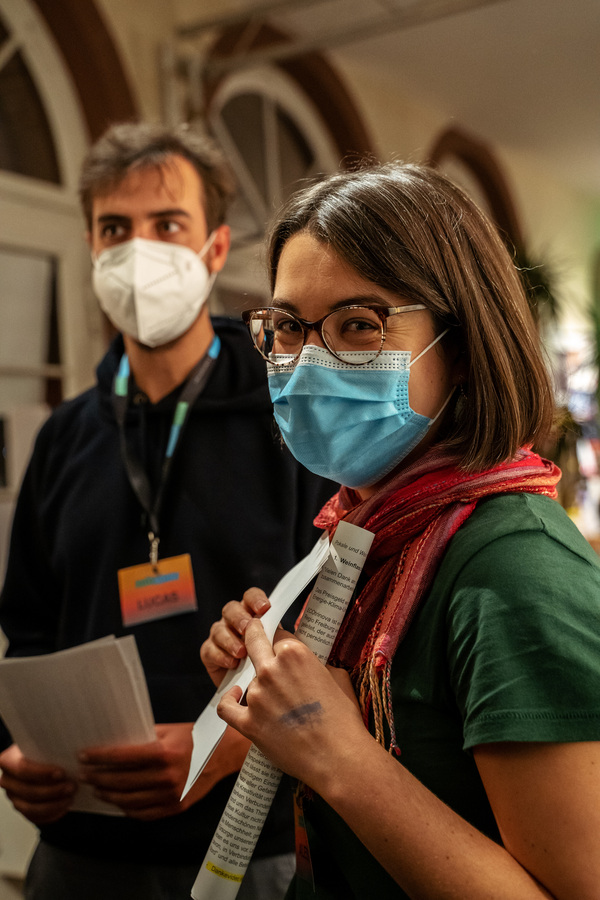 The last day of the festival began on Sunday with a morning performance. The foodsharing buffet that was served was very well received. With full stomachs, our guests were able to enjoy the documentary “The Experiment – Eating Differently” and then debate with the filmmaker and a representative of the Nutrition Council of Freiburg and region. This was followed by the film “Honeyland”, a documentary that showed the life of a beekeeper in North Macedonia in a thoughtful way.

The documentary “WE ARE THE WORLD – Ways to a worth living future” celebrated its world premiere on Sunday afternoon. The film portrayed people who are actively involved in shaping a cultural change characterized by self-reflection, humanity and sustainable thinking. Filmmaker Andreas Frickinger was invited to the premiere and was available for a pulsating talk after the film screening.

For the end of the weekend, on November 14th, there was a short film evening followed by an award ceremony. After the selected short films were shown and moderated by the Freiburg filmmaker Sigrid Faltin, the winning movies were announced. The most beautiful short films and the best documentaries were honored in the categories “Audience Favourite” and “Special topic: Our Water”. The short film jury consisted of the Freiburg filmmakers Nina Baermann (editor), Carolin Salvamoser (member of the Salvamoser Foundation Board of Trustees), Bernward Janzig (journalist) and Sigrid Faltin (filmmaker). Daniela Schaffart (documentary filmmaker) and Fabian Kiefer (head of the Freiburg Black Forest Film Commission) chose the best film in the “Our Water” category.

The festival ended with a drink offered by Andreas Dilger and live music by the artist Pablo Penas. 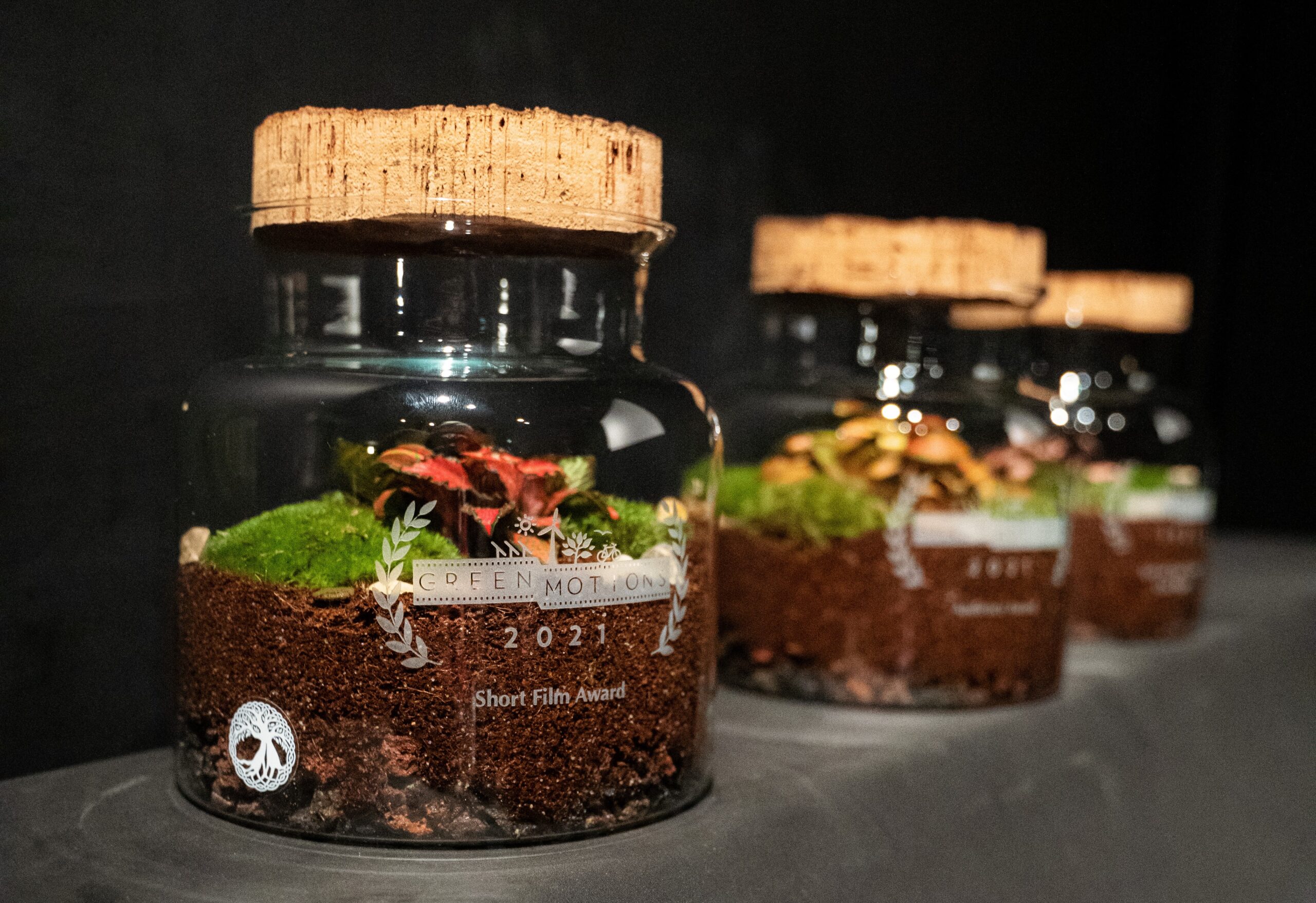