Who are our team members? 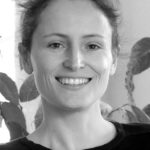 “I studied environmental science at the University of Trier and did my PhD on climate science at the Oeschger Center in Bern. As a mother, I am committed to a more equitable future and try a sustainable lifestyle with two children every day.”

“As the first chairman of the association, I coordinate the cooperation partners, participate in the program selection and solicit funds for the project. As a co-founder of the association, I keep the overview of the project and a cool head in stressful times. And because I like to write I fill websites, press releases and grant applications with content”

“Moving images fascinate me since my first visit to the cinema. With my passion for short films, I came to Greenmotions in 2015 to organize the short film program. Meanwhile, I became also involved in the feature film program selection. Since I saw “A Plastic Ocean” by Craig Leeson I try to avoid plastic where possible. My aim is to establish the Greenmotions Film Festival as a long-term institution in Freiburg!” 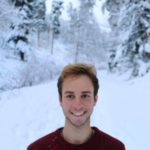 Radwan Sabri
“Currently enrolled at the University of Freiburg studying Forestry & Hydrology.”
What is your role?
“I joined the core team in 2017 and have been managing different tasks. From translating, poster design, volunteer coordination to moderation and general event management.

Currently, I am one of the mini-jobbers for Greenmotions and intend to continue learning and contributing to our group.”

“I attended my first Greenmotions event two years ago and stayed for three movies in a row. I was and still am very inspired by the content we show, the effect it has on the audience and the engagement of everyone attending to work together for a bright future.
The concept and vision behind Greenmotions is an embodiment of what I would like to achieve in my personal life. Going beyond sustainability!” 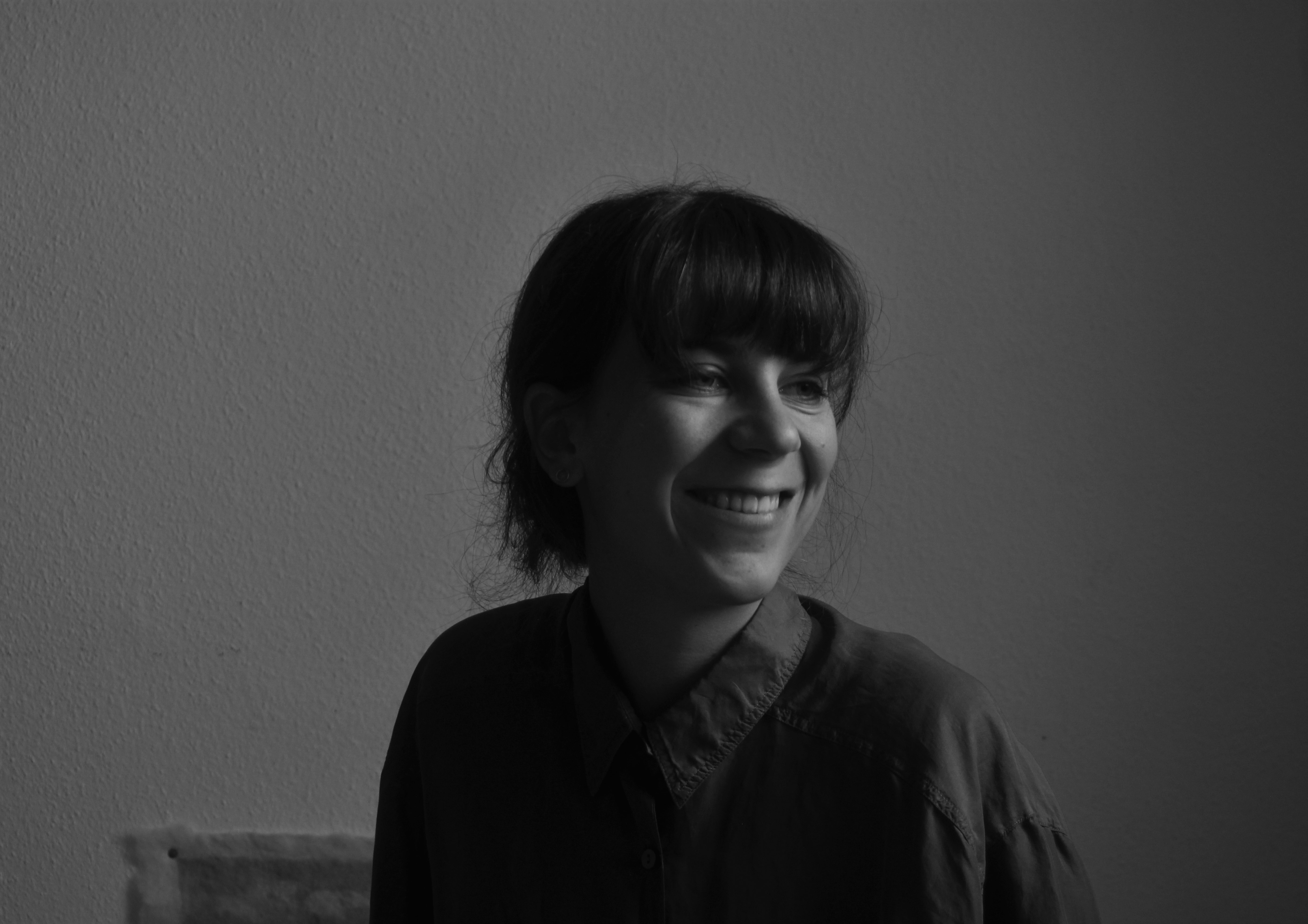 Sonja Menges
I am a student of “forestry and environment” at the university of Freiburg.
What is your role?

Since I’ve joined the film festival as a volunteer three years ago I became part of the organisation team. As a cashier my focus lies on finance and fundraising. Moreover I participate in the work for the program of the festival.

Motivation & inspiration around all team members as well as the courage for development and transition lead to a dynamic work atmosphere out of which a creative film festival can develop. A film is a very powerful instrument that can connect peoples’ stories all over the world, address environmental problems and find solutions behind complex correlations. 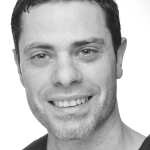 “Roads?! Where we are going we don’t need roads!”
Lorenzo, passionate engineer with a pechant for story telling, combines his enthusiasm for sustainable development with a good deal of pragmatism gained over years of international experience in the energy field. Currently he works as an asset manager for Wind- and hydropower plants spread all over Europe. When he has time off, he can be spotted climbing mountains with his faithfull bike or travelling in search for good stories to tell.

“Mostly active in the program design and film selection”

“Greenmotions is the ideal opportunity to share my interest for the topic with other like-minded people and a valuable means to support environmental, social education by reaching out a larger audience.”

Lucas Lücken
“Hi it’s me, Lucas. After a few semesters of Arts, Media & Politics in my hometown in northern Germany I switched to Creative Conception in Hamburg and Vienna, Austria. Today I am working here in Freiburg for a NGO with focus on sustainability.”
What is your role?

“To see more than one aspect of the festival, I try to contribute to different roles in Greenmotions. My main tasks are graphic design support and film selection.”

“I’m interested in films since I was a little boy. After engine driver and zoologist, director of films was my next dream job and I went to film theatres quite often. With Greenmotions, I can work with films from another perspective – and it is a lot of fun!” 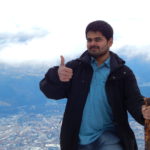 I am Vinay and I did my Master of Science degree in Renewable Energy Engineering and Management at the University of Freiburg.

I am a part of the program team and communication team. Taking care of Facebook posts and program coordination. I joined Greenmotions as a volunteer in 2017

I believe in educating the people about climate change, sustainability and lifestyle towards greener future. Greenmotions does a similar thing. The team consists of highly motivated and enthusiastic team members. It is fun to work together with similar mindset people with a single goal “Sustainable Future for all”. 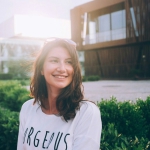 “I am Gizem and I studied MSc. Renewable Energy Engineering and Management at Uni Freiburg.”

“I am responsible for financials of Greenmotions but also I am a part of the program team. I joined as a volunteer in 2015 and I am still enjoying very much being a part of the team.”

“First of all Greenmotions team is consist of highly motivated, positive, passionate people about a better future for all. When we come together we cannot stop talking, laughing, discussing and producing new ideas. But of course, I also love the vision and mission of the organization. It represents my personal passion and aim in life is to spread the knowledge and motivation of doing our best to leave a better future for our children.” 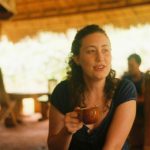 “I am a graduate in renewable energies and management, passionate about sustainability and communication.”

“I am responsible for the communication of Greenmotions and have been covering a more coordinating role in the past 2 years. I also take care of the organisation of side events during the festival like the bicycle disco.

The Greenmotions film festival has a story that started in 2014. Since then the team has evolved. Some of the members left, some new ones came, some of them had to reduce their contribution because of developing their own projects, work somewhere else or because of time constraints! However, all of these people have made a great impact and are still engaged and supportive! here we want to dedicate them a special corner and thank them for what they have done! 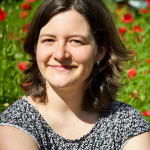 Ela, has played a central role in the Greenmotions organisations from 2015 until 2017 edition. She has 10 years of experience in making movies and after her engagement with the greenmotions and watching numerous movies about sustainable living she decided to really embrace a new minimalistic lifestyle approach. Even though her time dedicated to the organisation has decreased she still contributes to the creation of the programme and participates in our kick-off meeting helping us to stay in focus and take a moment to reflect on our objectives and visions every year. She also takes part in the festival with moderations and documenting our event with photos and video-recording. 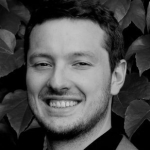 Peter is a co-founder of the Greenmotions e.V. He has been active from 2015 as responsible for the finance of the association and advisor in the event management given his professional experience in the field.  He is still engaged with the team and contributes every year during the festival with moderations, press and logistics.

George is a freelance energy ecologist who has literally dedicated his life to the promotion of a sustainable society. He is currently chairman of the charitable organisation ECOtrinova which consistently sponsors one of the prizes for the film competition. The organisation benefits from his great experience in fundraising and decennial practice of environmental activism. With his commitment, he is an example for all of us. 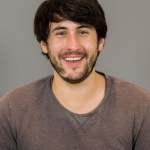 As Co-founder of the Greenmotions e.V. With his great experience in supporting start-ups at Grünhof played a big role in the foundation of the association. He is primarily concerned with marketing and finding sponsors. He is still engaged with the organisation and follows the evolution of the association and always support the festival. Thanks to him, the Greenmotions team was able to have a meeting room in the Grünhof co-working space when we still did not have an office! 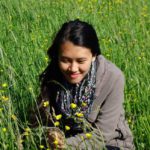 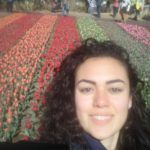 Lotus Shaheen
“Lotus has studied Renewable Energy Engineering & Management in beautiful Freiburg, where she also learnt a lot about sustainability. Despite her technical background, she finds her inspiration in artistic and social driven initiatives, and seeks opportunities where her professional background crosses roads with her personal interests. So has been the case with Greenmotions!”
What is your role?

“Preparing written content such as newsletters and media posts, helping with team/task optimization, learning from everyone else, and watching lots of movies :)”

“Greenmotions has been closely bound to my study program. First, it started as helping out friends by volunteering to the festival’s main event. Then, I got to see many different movies from all around the globe about green energy, sustainability, biodiversity, and even gender equality. I was fascinated by the diversity of the programs and the steep growing curve of the festival year after year. Once I graduated, I wanted to dedicate more time and passion into this amazing team. And I was warmly welcomed to upgrade from a volunteer to a more active team member. 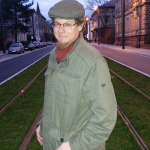 Michael is a veteran photojournalist and editor who has been covering industrial, mining, transportation, environmental, agricultural and energy related subjects worldwide since the 1990s. He joined the team in 2016 and played a fundamental role in the programme team by bringing in movies produced by some directors that are in his circle making such content available for the first time in Germany. He also coordinated the jury prize in the 2017 edition and is still supporting the team with the movies selection. 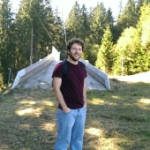 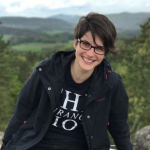 Lena joined Greenmotions in 2016 and was very active in the programme team. She also had great marketing ideas! She is still engaged and supports the greenmotions team!