And the winner is…

It was a weekend full of interesting films, personal discussions with filmmakers, videocalls, workshops, bicycle-disco and  bicycle-cinema! We are really happy about the 1773 visitors that were part of our festival this year.

This year, four different prizes were given on the award ceremony on Sunday evening (12.11.17): 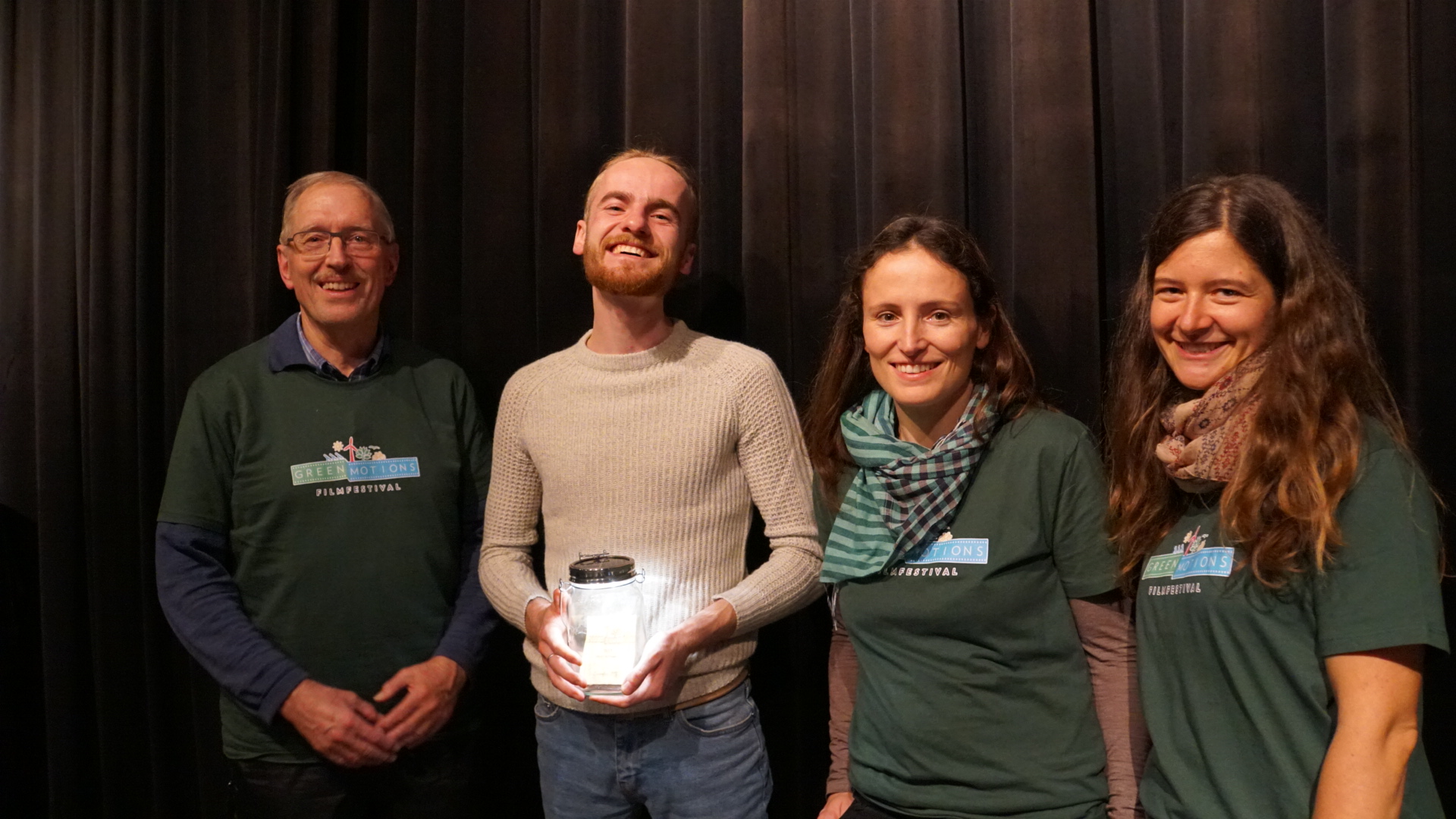 The short-film “Under the Canopy of Trees” by Ignat Kachan won the prize for the best short-film. The award was given by the Ecotrinova trust at the award ceremony.

A jury of experts selected this motion picture about a planned sawmill in Belarus as the best short-film from over 120 submissions from all over the world. The jury was composed by the Freiburg filmmaker Sigrid Faltin, the film editor Nina Bärmann, the journalist Bernward Janzig and Carolin Salvamoser, curator of the Georg Salvamoser Foundation.

The special prize for “Sustainable Mobility” went to the  45-minute-portray of Stuttgart’s bicycle scene: “Kesselrollen – Wie rollt die Stadt von morgen?” by Roman Högerle and Felix Länge. The film was projected on Sunday at the bicycle-cinema in Waldhaus. There, the visitors themselves delivered the electricity needed for the projection through bicycles connected to a generator. Kesselrollen portrays the “Critical Mass” movement in the auto-city Stuttgart and presents solution for a more sustainable mobility. The prize of 1000€ was sponsored in equal parts by FREI.MOBIL by VAG and the initiative “I bike Freiburg” of gardens and civil-engineering. The prize was virtually delivered to the winner Roman Högerle via Skype.

For the first time, this year there was a prize for the feature films. The documentary “Chasing Coral” by Jeff Orlowski turned out to be the winner. The film about the death of corals was premiered this year at the Sundance festival, where it got the audience award and is now among the nominees for an Oscar in the category “Best documentary”. The prize was a coupon with the company “A Better Truth” and ABT store with a worth of 1000€ to make use of professional camera equipment. During the ceremony, a “Thank-you-video” from the scientist and protagonist Zackary Rago was shown, as well as a Skype conversation with the filmmaker Jeff Orlowski.

The audience had the possibility to rate the feature films during the whole duration of the festival. The film “What are we waiting for?” by Marie-Monique Robin was selected as the favorite. The film was shown during the opening day and portrays the living sustainability from the town Ungersheim in Alsace. The prize was handed and sponsored by Naturstrom.

The winners received this year a “Sonnenglas” as alternative trophy. The solar lamp in mason jar was sponsored by the Start-up Sonnenglas. These trophies were manufactured with the firm Fairtrade in Southafrica. One of the founders of the company comes from Abstatt, Baden-Württemberg.

The awarded films from this year’s Greenmotions Filmfestival will be shown again in KoKi as follows: